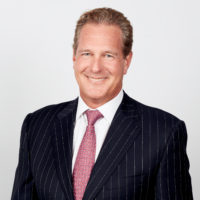 Charles Shapiro is the head of Western operations for Stratos Wealth Partners. Stratos is a partner-run wealth and financial management firm that specializes in the practice and execution of comprehensive financial planning and implementation services. The firm is structured as a network of distinguished, experienced financial services practitioners spread throughout the country and powered by LPL Financial.

In his current position, Charles is solely responsible for the hiring, development, and coaching of the firm’s expanding number of affiliated advisors, staff members, and managing partners on the West Coast.

Charles has spent his entire career in the financial services industry. Prior to joining Stratos Wealth Partners, he spent the last 16 years with Smith Barney. Before taking on a number of leadership roles with that organization, Charles was a successful wealth advisor and operated his own planning practice. During that time, he ranked first nationally in client management by assets and revenue in his peer group. Charles then transitioned into management and held a number of leadership positions within Smith Barney on both the East and West Coasts. Prior to Smith Barney’s merger with Morgan Stanley in 2009, he was responsible for the largest complex of Smith Barney retail branch locations in Southern California. Collectively, these offices managed $6 billion in client assets, assisting a clientele that numbered in the thousands.

Charles earned his degree from Tufts University and holds FINRA series 3,7,8,63 through LPL Financial; and the Series 65 through Stratos Wealth Partners. He spends his personal time enjoying his family and is an avid triathlete and tennis player.